skip to main | skip to sidebar

I never wanted to be an addict. I don't think any of us do. One day you think you are normal, living a normal life, and then one day there is concrete proof that you are not.

Library Journal
Smith's revealing debut features prose that rolls by as smoothly as the book's catchy title ("rolling" on Ecstasy is the present-day equivalent of "tripping" on LSD). Taking readers on a journey from rural Pennsylvania to the concrete jungle of Manhattan, Smith relays her folly in succumbing to the thrills of Ecstasy and its attendant club scene. After graduating from the American Academy of Dramatic Arts, she takes her newly minted degree precisely nowhere. Rather than seeking acting roles, she tries on the hat of addict, at which she excels. Her life rapidly spirals out of control, and Smith suffers a psychotic breakdown that prompts a rescue mission by her mother and a return to Pennsylvania. Ultimately, Smith succeeds in staying clean and resumes life, complete with a triumphant return to New York City. A brutally honest memoir and testimonial to the courage of recovery; recommended for public libraries with holdings such as Go Ask Alice. Copyright 2005 Reed Business Information.
Posted by Lynn Marie Smith at 10:19 AM 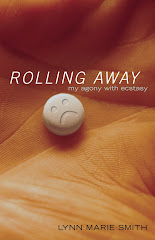 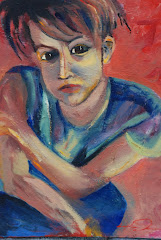 Lynn Marie Smith has appeared on several television shows, including, The Oprah Winfrey Show, MTV’s True Life, and The Dr Keith Ablow Show to talk about her experience with addiction and recovery. She has testified before Congress and is a member of the Advisory Board at the Partnership for a Drug Free America. continues to speak out across the country, at high schools, jails, rehabs, and colleges in personal appearances that draw rave reviews. Her first book, Rolling Away, My Agony with Ecstasy was published by Simon and Schuster Books in May 2006. corresponds with teens, young adults, and parents all over the world through her website and email, and these communications will form the basis of her next book, I Love Addiction.